Lilac Fest 2011 - viewpoint, a photo by Wanderfull1 on Flickr.
This is what I mostly saw at this year's Lilac Festival. This is why I've decided that this year's Lilac Festival will be my last unless organizers make some changes.
First, there are just too many people (I'm told over 110,000) in too small a space to make this any fun. You can't get to the vendor booths and you can't see the street performers.
Second, the main reason I go to the festival is to take photos of local buskers and musicians, which can't happen if there are too many people in the way. Then it is risky business trying to photograph the street performer. I was almost trampled trying to get a shot. Also, there didn't seem to be very many buskers, that I could see.
Some other things that fall under the category of "not very many" was the parade that lasted a whole minute and a half. I stretched it out by following it for a couple blocks -- aside from the Chinese community's seniors band, the brass quartet, and the knights there really wasn't much to follow. And the main stages. This year there was only one main stage, instead of two.
The bulk of this year's festival was vendor booths with much duplication of "Made in China" merchandise. Which, in my mind, changes the festival into a trade show. When I go to the festival I usually ignore the cheap merchandise and scope out local artists, merchants, and non-profit organizations. This year I bought a couple Whiteout Workshop t-shirts and a Meow Foundation toy for Kit.
The Lilac Fest has reached the size where it could be a two day festival or spread out more. I noticed they had a couple blocks of 17th Avenue closed to traffic. Why not use that space for the festival? Or maybe along the river like they do in Seattle for their Solstice Festival.
Sorry Lilac Fest, but this year I came away feeling like I was just squeezed out of the movie Solent Green... without the people eating part.
Links to my Lilac Festival photos on Flickr:
Posted by Wanda Martin at Monday, May 30, 2011 No comments: Links to this post Calgary Marathon 2011 5, a photo by Wanderfull1 on Flickr.
Sunday morning (May 29th) I managed to catch the 7:30 running of the 10K leg of the Calgary Marathon. They started at Murdoch Park, somewhere near the Zoo, and raced up and down Memorial Drive.
Here is a slideshow of some of the other photos I took of the marathon.
Posted by Wanda Martin at Monday, May 30, 2011 No comments: Links to this post

Using a time travelling tabo (the blue pot), the audience experienced historical Filipino and modern (well 1980s) courtship dances and rituals. Not sure what a tabo is, but every time it was mentioned someone said, "What do you need that for? We're in Canada. We have running water."
Here is a slideshow of some other photos I took of the Tabo Time Machine.
Posted by Wanda Martin at Monday, May 30, 2011 No comments: Links to this post 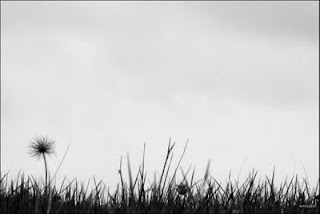 "I love to be alone. I never found the companion that was so companionable as solitude. We are for the most part more lonely when we go abroad among men than when we stay in our chambers." - Thoreau
Posted by Wanda Martin at Thursday, May 26, 2011 No comments: Links to this post

Labels: I love to be alone groom, a photo by Wanderfull1 on Flickr.
Last Saturday, just before the CPL Photo Club meeting, I wandered over to Eau Claire Market hoping to take photos of the buskers that usually play there. Instead, I found a beautiful East Indian wedding party in full celebration.

Men in bright blue tunics shouted, cheered and danced around a single drummer. Lovely ladies in their colorful traditional dresses danced arms raised just outside the circle of men. This groom and a little boy sat patiently on a sleepy-eyed white horse, just outside the dancing circle.

There were lots and lots of photographers there to document the event. The professional photographer and his assistants were there, of course, with their mono-pods and zoom lenses, but it seemed as though everyone attending the wedding party had a camera, as well.
Trying to photograph this lively wedding inspired me to write a wedding photography article for the CPL Photo Club blog.
Posted by Wanda Martin at Thursday, May 26, 2011 No comments: Links to this post

moss pods, a photo by Wanderfull1 on Flickr.
"Unless we make peace with the natural world, we will surely lose our place in it." -- Dr. Dickson Despommier. From: The Vertical Farm: Feeding the World in the 21st Century.
Posted by Wanda Martin at Saturday, May 14, 2011 No comments: Links to this post