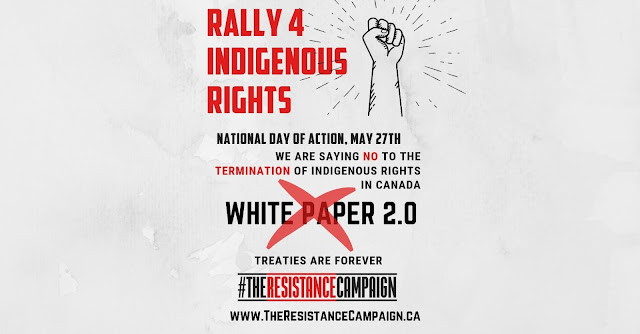 Local Indigenous people rallied together in Olympic Plaza Monday afternoon to protest bills being passed by the Federal Government that change Indigenous rights and treaties. The protest calls the new bills Whitepaper 2.0, referring to PM Pierre Trudeau's attempt at changing the status of Indigenous persons with the Whitepaper proposal of 1969.

I was on my lunch break for the May 27th rally, so I only had time to catch the protesters leaving Olympic Plaza, marching to the Harry Hayes Building. Indigenous people across the country have vowed to protest through the summer if necessary. 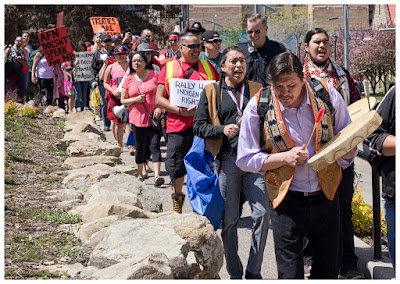 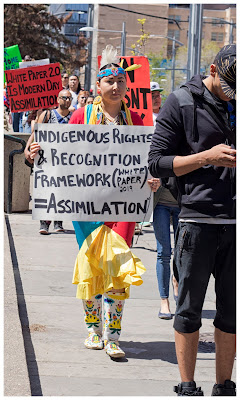 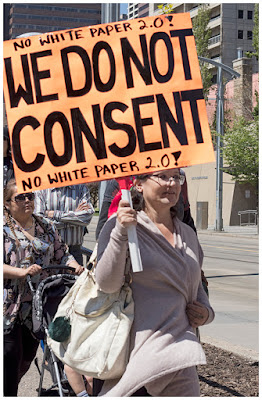 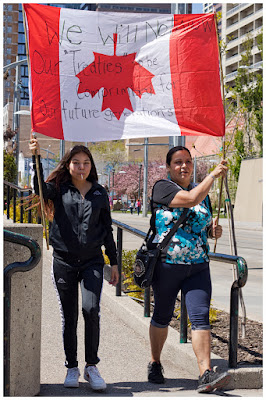 Posted by Wanda Martin at Tuesday, May 28, 2019 No comments: Links to this post