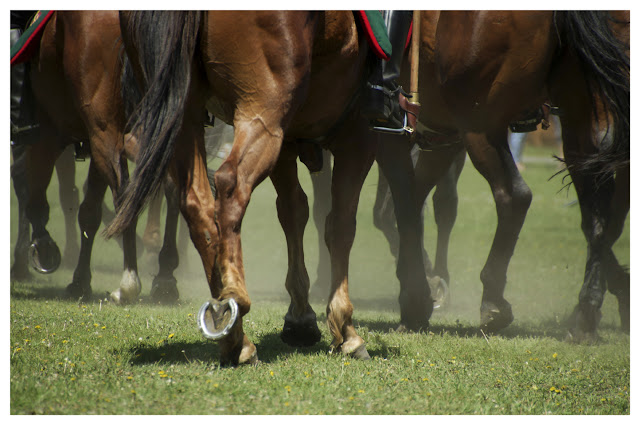 As part of Corpus Christi primary school's 60th Anniversary,  the Lord Strathcona Mounted Troop entertained kids and a few neighbours with a musical horseback ride on the school grounds.  A friend called me up, thinking I'd be interested in shooting some photos. It was a lucky call. The few bystanders I spoke to heard it from a friend or maybe through the local church or they happened upon it on their way to somewhere else. Or they were kids and faculty from Corpus Christi. 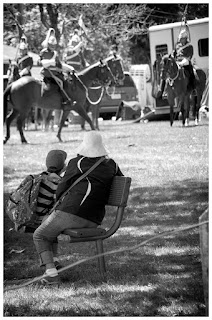 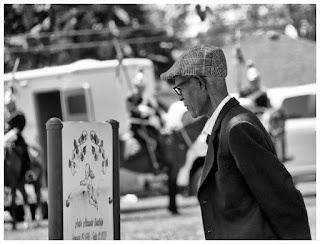 While we were waiting for the performance to begin, one of the school faculty came over to let us know where the best places to sit were to watch the show.  She said they invited another nearby school to attend, unfortunately, there was an issue with release forms because the event was off school property.  A few laughs. The other school was just across the street.

"Things were simpler in my day," an old guy responded. 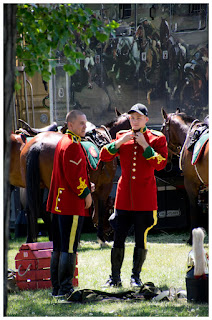 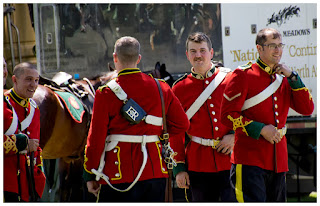 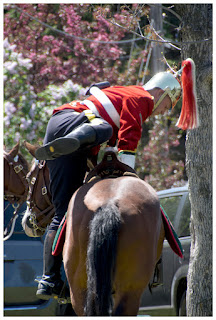 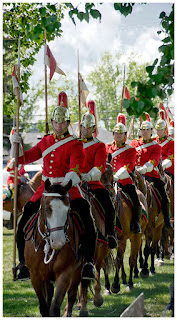 Eighteen red uniformed riders on eighteen brown horses circled, charged, and paraded around the small field. The kids were encouraged to make a lot of noise during the musical ride, which they did with gusto, yelling and screaming like little banshees. 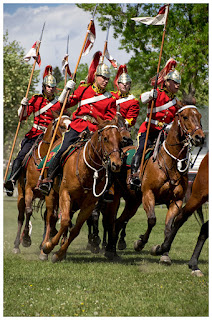 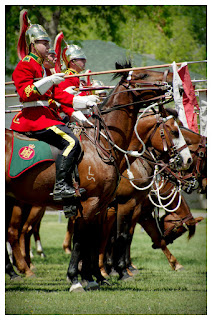 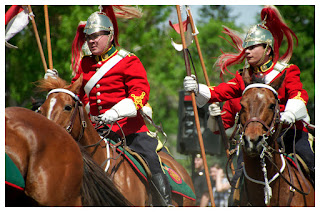 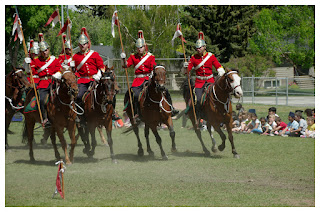 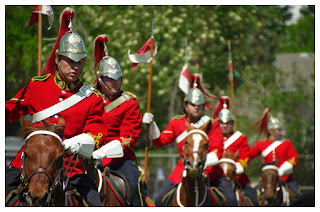 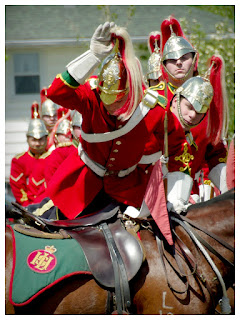 The show looked pretty cool from ground-level, but the formations would have looked amazing if I could have shot from above the riders. I tried doing some video with my Pentax, a zoom lens, and a monopod, with so-so results. Very shakey. Very noisy lens clicking. It will take hours of editing to get anything resembling presentable. Apparently, the Strathcona Mounted Troop performs frequently at Spruce Meadows. Maybe a chance to try again.

At the end of the show, kids could visit with the riders and their horses. The kid next to me turned to his friend and said, "Wanna go play on the playground?"

Posted by Wanda Martin at Wednesday, June 05, 2019 No comments: Links to this post