Photography in itself is fun, but nothing beats the rush of taking photos that are helping out a cause or organization that I'm excited about.  If I were independently wealthy I would have a blast doing volunteer photography for more organizations.  Unfortunately, Kit and I gotta eat and have a preference for warm accommodations.

Last week I became a volunteer photographer for the WP Puppet Theatre.  They gave me an assignment to photograph a wooden art model in various areas of the city. I've named the little fella Sam (for Samuel, Samantha, Small Art Model) and took him to the most photographed bridge in Calgary.  Then last Sunday I took him to a winter festival/film event at St Patrick Island Park. 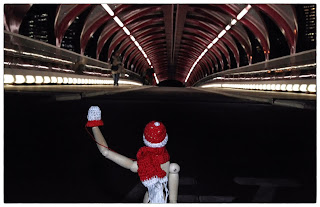 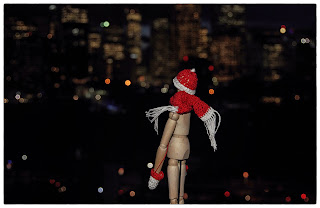 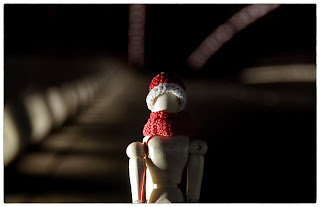 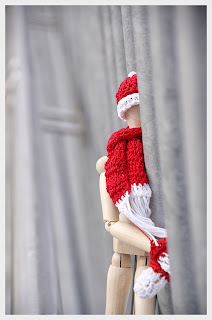 This morning I applied to be a volunteer photographer for next year's Juno Awards, to be held in Calgary at the end of March.  Brandon Wallis, at the National Music Centre, gave me a couple of tips on how to apply and encouragement.  The application form was pretty thorough. They even wanted the URLs to my Twitter and LinkedIn pages.  Getting picked would almost be like being nominated for a Juno! Cross my fingers!

Posted by Wanda Martin Photography at Thursday, December 10, 2015 No comments: Links to this post

Early in November, Guy Fawkes day to be exact, a small Anonymous group gathered for a Million Mask March through downtown Calgary. None were deterred by the freak snow storm that whipped through the opening rally.  Although some SAIT journalism students did not seem happy about the turn in the weather.  They reminded me of when I was a journalism student. I still rue the day that I dropped out to join the working world. SAIT has a photo journalism program, now. Maybe someday I'll go back, if they'll have an old lady. 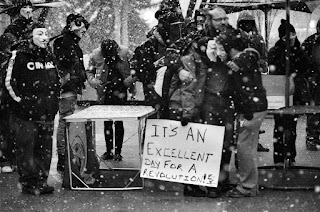 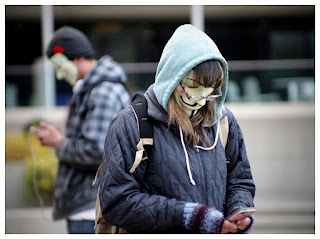 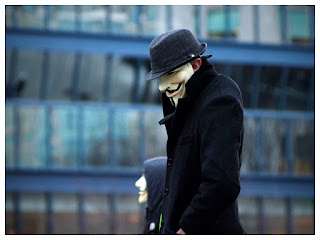 Remembrance Day was a bigger event than usual only because I made the effort to get out there. November 10th, I went to a sunrise ceremony at the Memorial Drive Field of Crosses and then on November 11th I went to the ceremony at Central Memorial Park.

Had to smile at some of the overheard comments.  One old veteran, waiting to perform at the sunrise ceremony, was unsure about how they were to go about raising the various flags and asked his colleague, "So what's the drill?"  After the Remembrance Day ceremony at Memorial Park I overheard a young boy thank an old veteran for fighting in the war.  The veteran laughed and gave the boy a high-five. 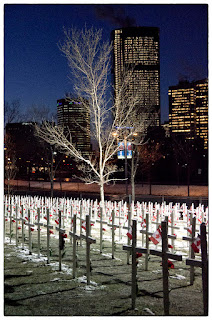 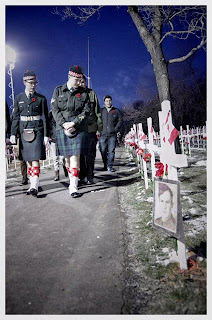 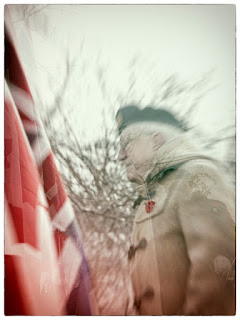 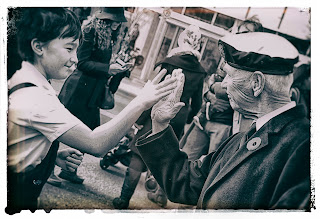 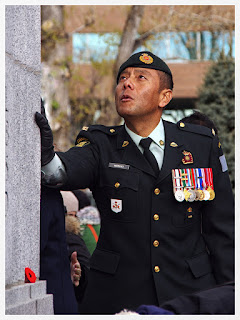 Later in November the National Music Centre and the Calgary Public Library partnered to host a "Teen Open Mic Night" at the downtown Central branch.  There were only three kids playing and about a half a dozen people watching, but I think everyone had fun.

Posted by Wanda Martin Photography at Thursday, December 10, 2015 No comments: Links to this post