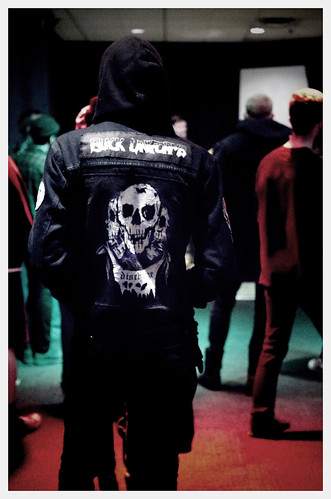 Accidentally found myself at a Punk concert last Friday night at the National Music Centre.  Got my dates mixed up. I was expecting to go to a GlobalFest hip hop concert.  Instead I stumbled upon Calgary's underground Punk scene and the first concert for the Garbage Daze Festival.

Since I was there, I took photos anyway.  The venue was dark.  The music was grungy. Lyrics meant nothing, because you couldn't make out what they were yelling.  I guess it's a great way to get your rage out.  The audience, in black denim and chains, was actually more interesting than the musicians, but I stayed to shoot a couple bands; Strangled and Slurs.  Then my left eardrum started buzzing; my indicator that the sound was too loud for me. It was time to leave.

So I set my camera to auto AV/TV and let the camera choose the ISO -- for natural grunge. 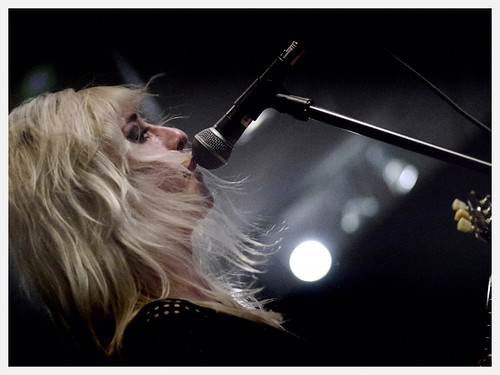 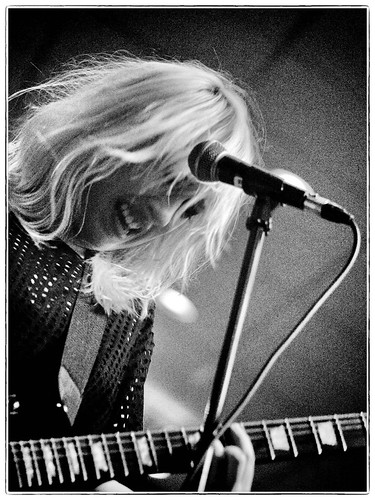 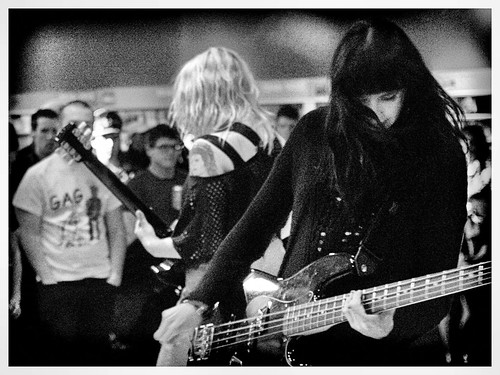 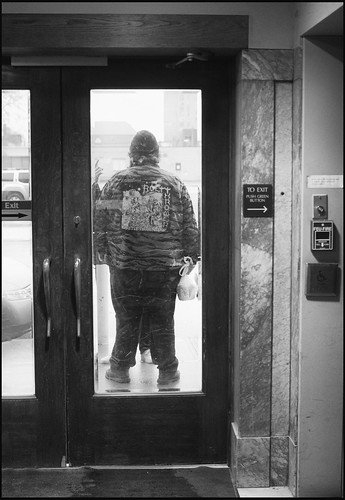 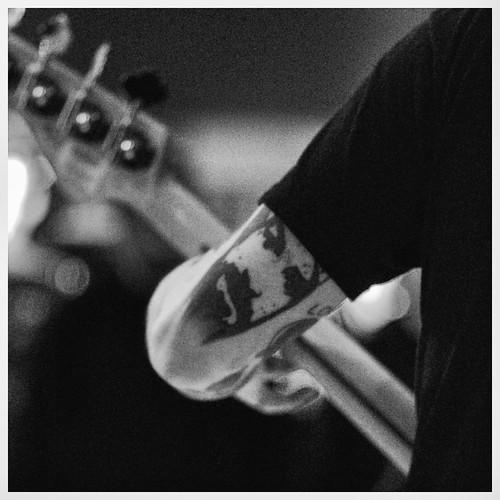 Posted by Wanda Martin at Thursday, May 08, 2014 No comments: Links to this post 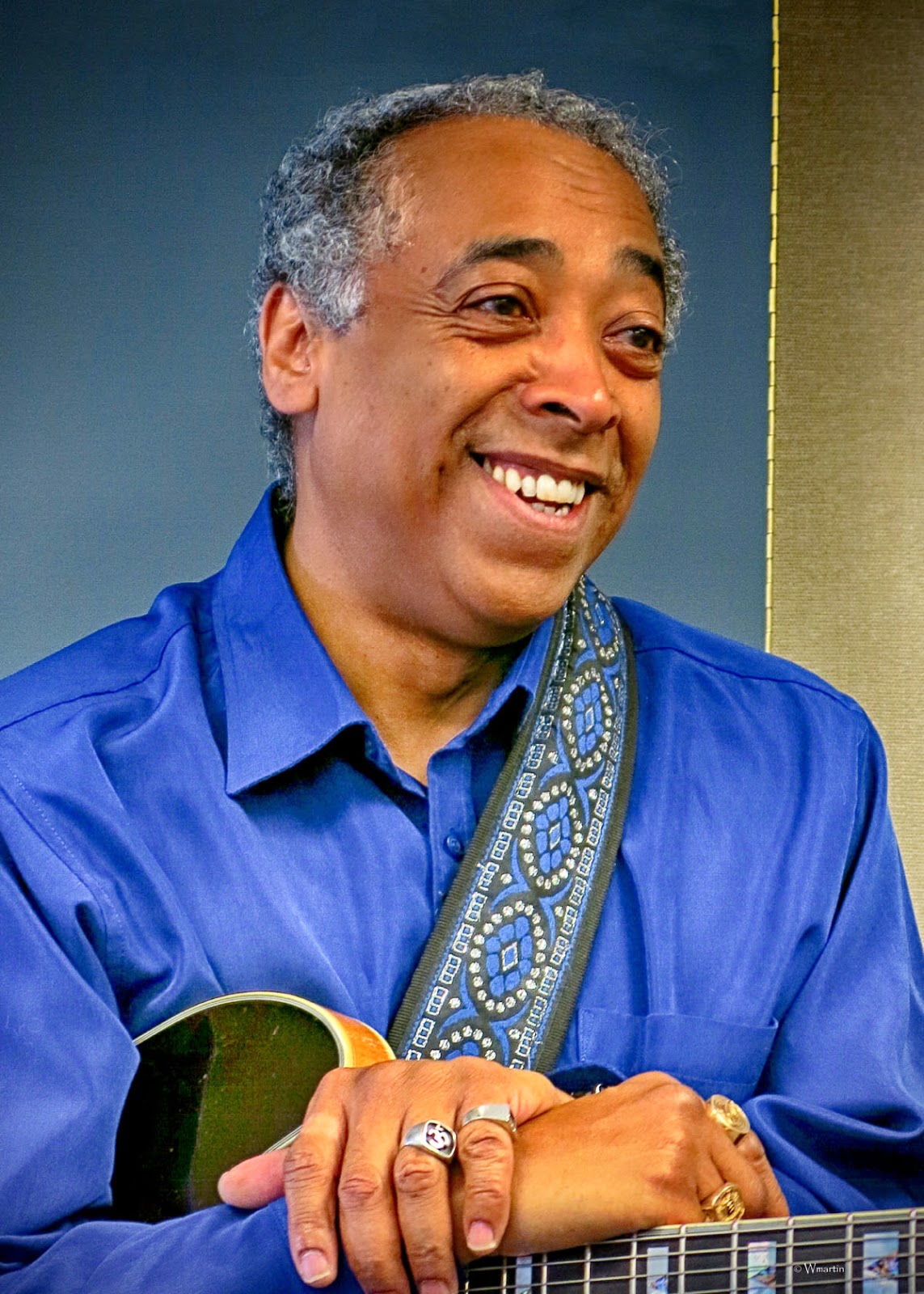 Wednesday, April 30, was UN International Jazz Day.  There were events throughout the city. At EPCOR Gary Martin (of the Funk Brothers fame) gave a talk about the difference between Jazz and the Blues.

If I were a jazz musician, his talk may have been amazing.  He was very riveting.  Unfortunately, he lost me soon after he said that Jazz was numeric and Blues was alphabetic.  I thought he meant the timing, but it was much more than that. (I'm also numerically challenged.) As he spoke of the color of tones and the texture of chords I was discretely taking portrait shots of him with my Canon G15.

Since so much of Gary's talk was about the color of Jazz, the tones, I thought that I would use the Nik HDR effect to jazz up Gary's photo.  At first I thought the results were too stunning.  It took a few tries to get a balance between natural and colorful.  I like this version, especially the various shades of blues in his shirt and the tones of his skin.  Wasn't happy about the greenish color of his guitar, but I couldn't figure out a way to make it more brown.

So, enough goofing with the Nik.  I think it's time to get serious and actually look at some Nik tutorial videos. 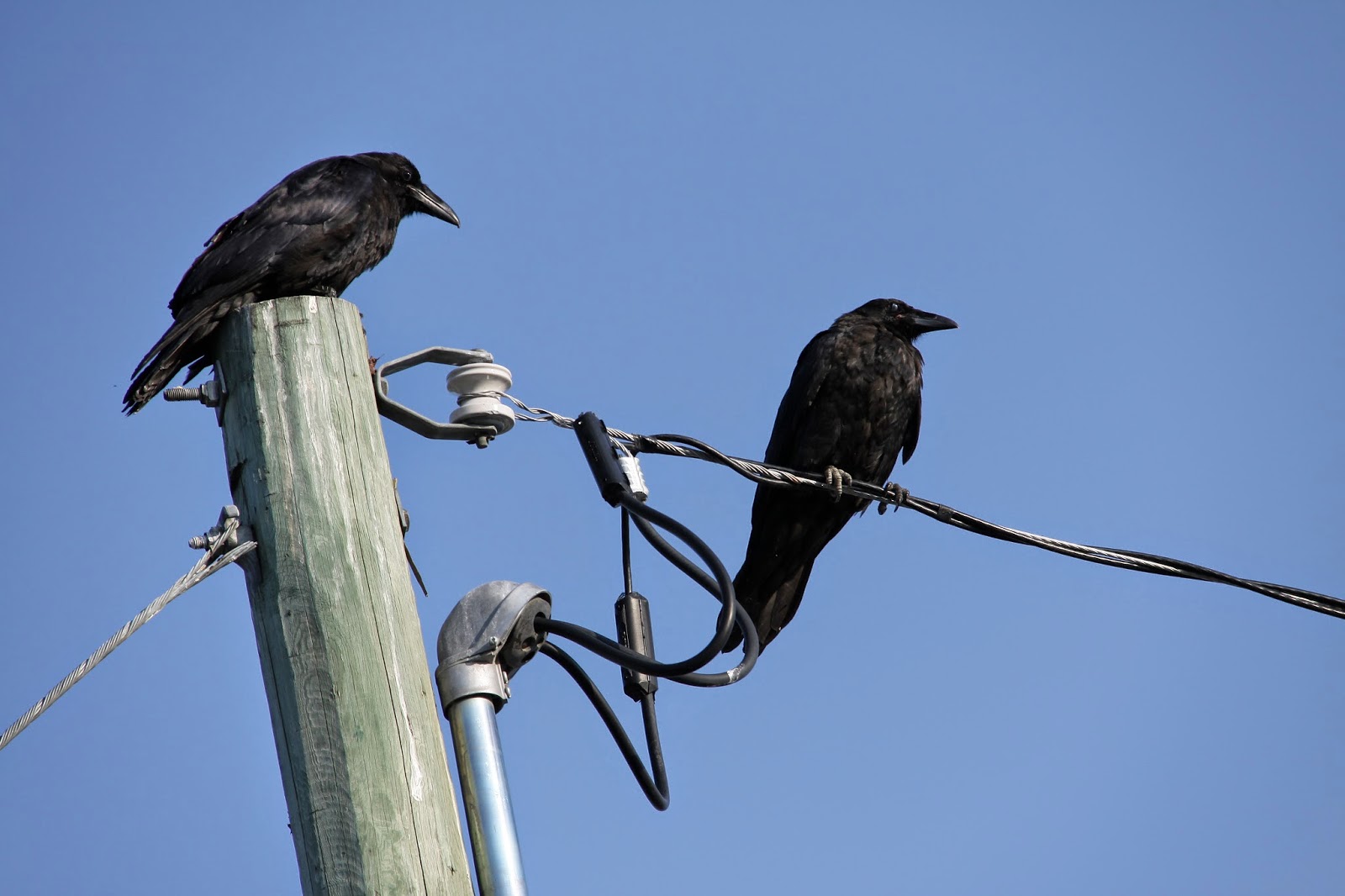 The last time I visited the Yukon (a 2010 vacation) I took a bunch of photos of a couple of ravens chatting on a Teslin telephone line.  When I posted it to my Flickr account a book publisher, Inhabit Media, spotted it and asked for permission to use it in a book they were producing about ravens.  They even offered to pay me.

Of course I said yes and then sent them five photos.  As it turns out, they used one of the five I sent instead of the one I posted to Flickr. 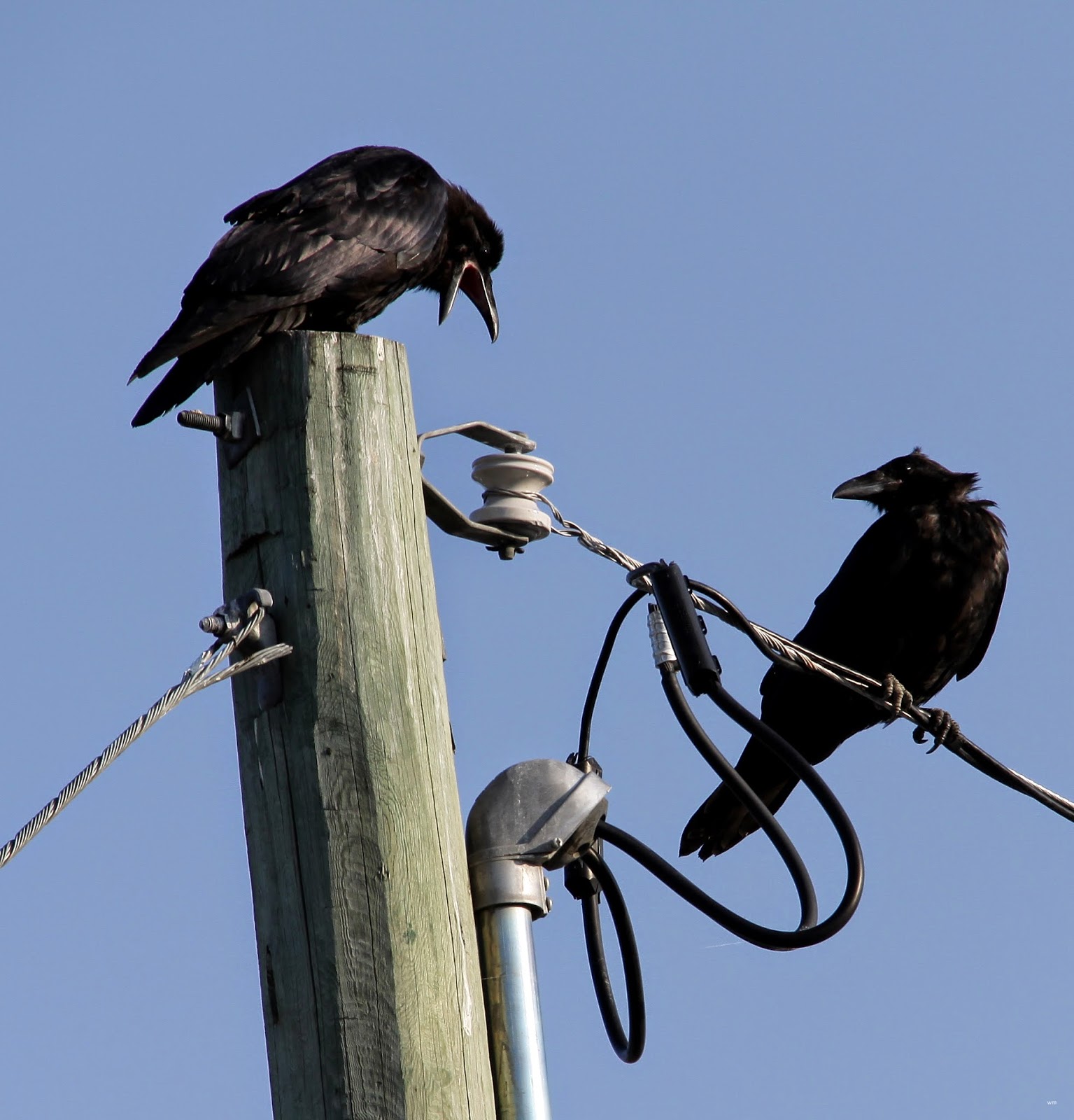 Photo used in the book "Tulugaq: An Oral History of Ravens."

The book, entitled "Tulugaq : An Oral History of Ravens by Kerry McCluskey," is a collection of stories and legends about the raven from an Inuit perspective; although not exclusively.  Tulugaq (too-loo-gak) is the Inukitut word for raven.  It seems there are a lot of raven stories in the great white north (Yukon, the Northwest Territories, and Nunavit).  Kerry spent ten years gathering snippets and legends from the locals.

The book is now out and since I really like ravens I purchased a copy through Amazon.ca.  I know, I know, I should have negotiated a copy with the fee, but it was my first ever sale and Inhabit Media Inc. appeared to be a small time publisher, so I didn't want to push it.  The photo is cropped and on page 51 in the Trickster chapter.  One of the stories that was printed with it is kind of neat. This was told to the author by T. Bert Rose, a resident of Iqaluit, Nunavit:

When we moved here to Iqaluit in the early 1980s, we were initially down in the centre of town and we didn't see a lot of ravens  When we moved here to this house, in 1983, this was the only house in this spot and there was nothing beyond here.  The houses across the street were still under construction.  There were ravens here that were relatively undisturbed by traffic going back and forth to Apex.  We began to watch out the windows.  We would watch them on the pole. We saw them playing.

The first thing we saw them doing was playing chase along the wire.  There would be three of them and they would move down the wire and seeing who would get to the pole first, and they they would all fly away.  Twenty minutes later, they would come back and do the same thing again.  Sometimes we saw them do that in the fall, sometimes in the winter, in the spring, the summer.  There didn't seem to be a mating thing going on, just having fun.

Along the same wire, in the same area, we sat in the living room and we watched two ravens.  One was sitting on a pole watching the other one. The other one was in the middle of the wire turning somersaults. It was very deliberately perching on top of the wire, squawking and clawing a little bit and doing this somersault thing around the wire.  It was showing off.

Here are the other three photos that I sent Inhabit Media; all shot in August with my Canon 50D.  The Pentax K-5, my main camera, was bought in October, 2010. 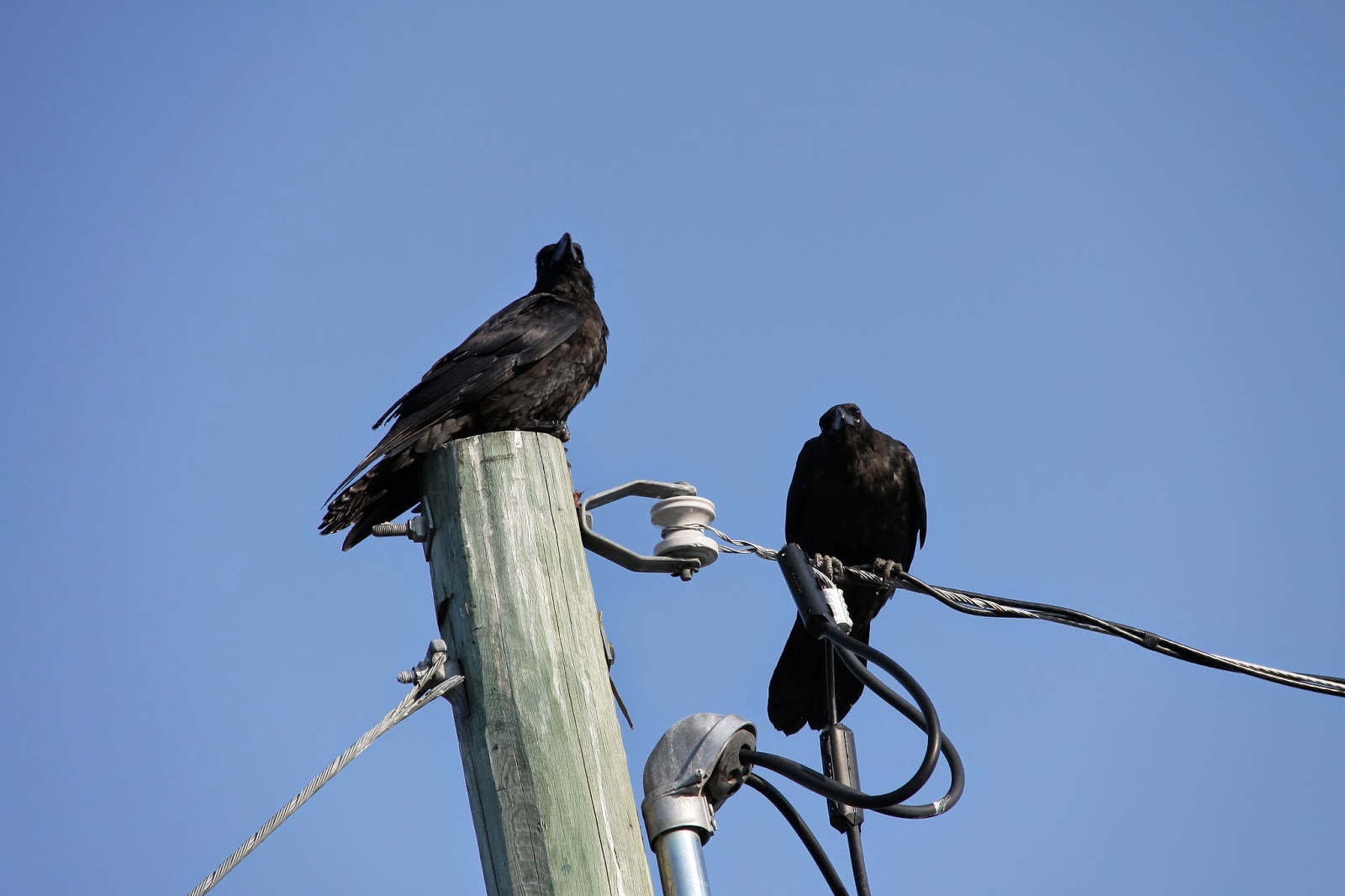 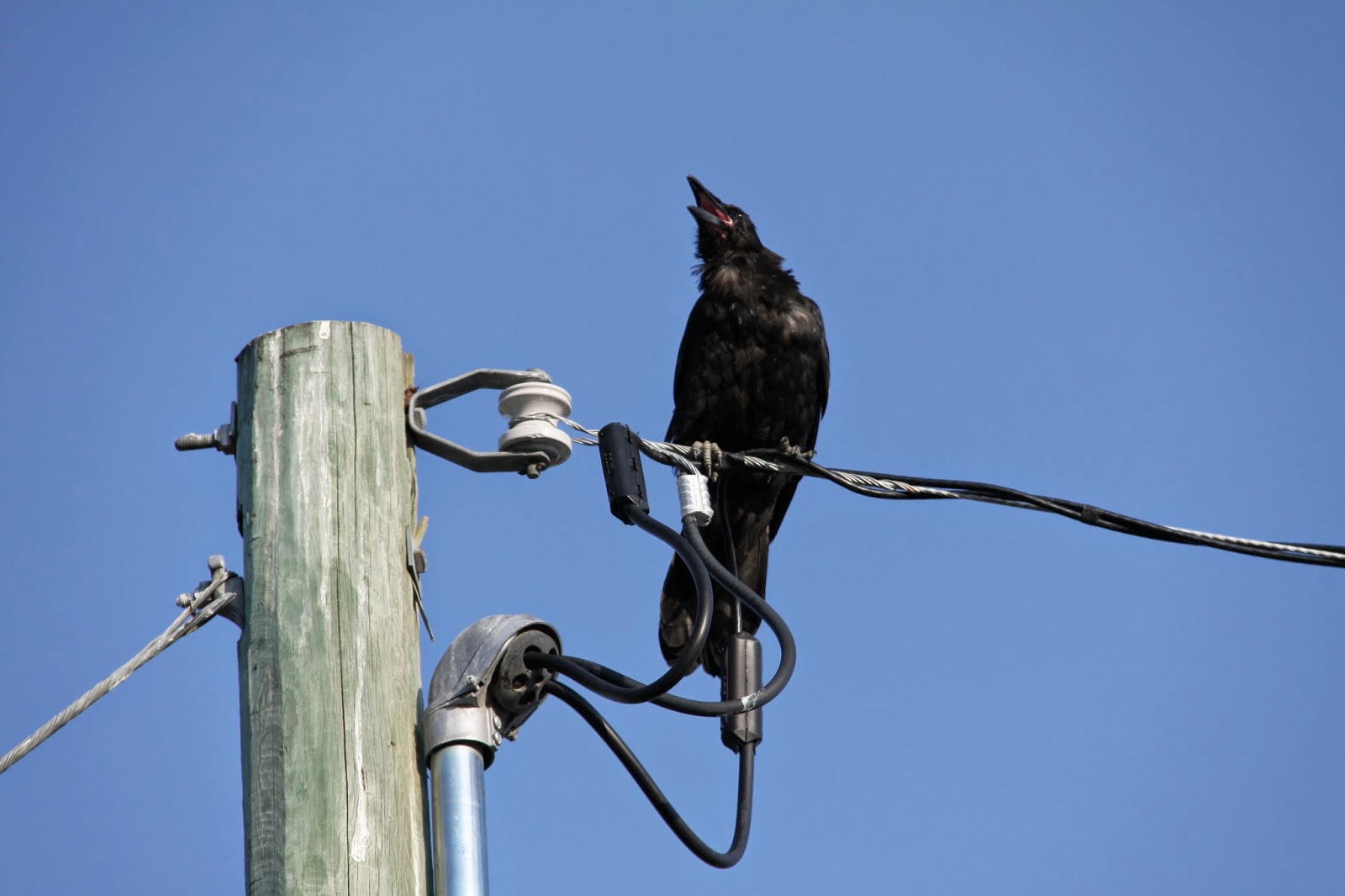 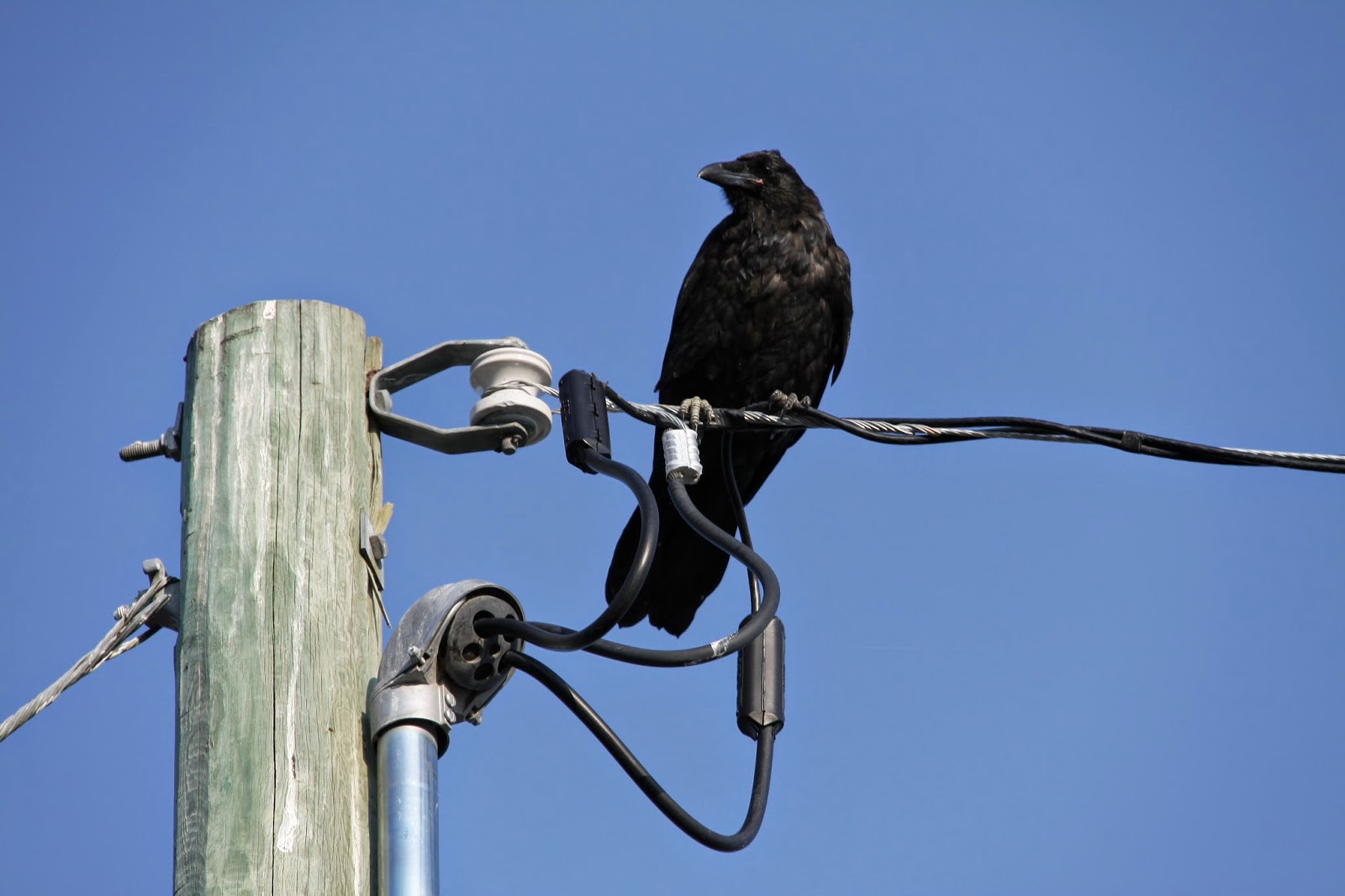 This isn't the first photo shot with the 50D that has made money.  I donated a black and white photo of a fluffy weed to Christmas charity that sold for $25.  The ravens sold for $40.  I'm beginning to think I should invest in a couple decent quiet prime lenses for the Canon and put the Pentax to pasture.  But then there's Nik software that makes my Pentax shots look like Canon.  Hmm.  I wonder what Nik could do with my Canon shots.

Anyway.  Receiving money for a photo I took, even only $40, gave me a warm fuzzy.  Big warm fuzzies won't feed me and it would be cool to be able to do this more.  For "real."